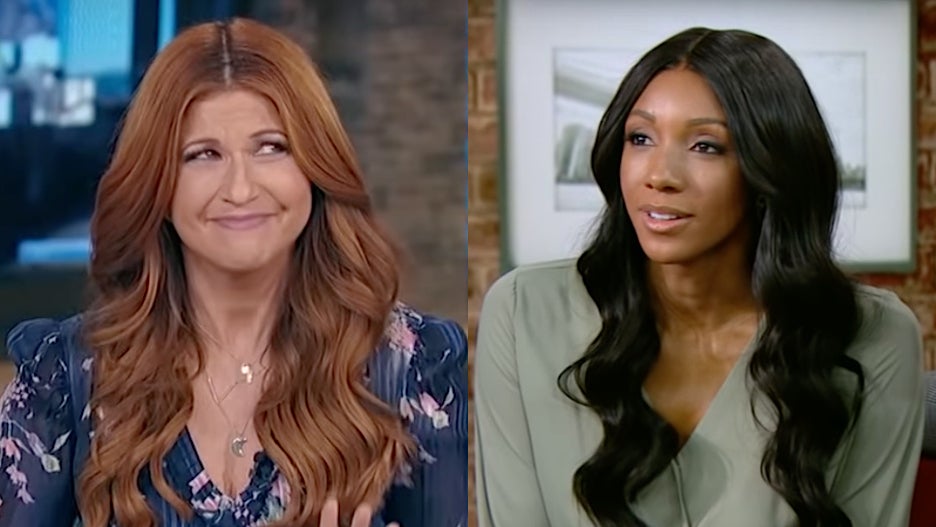 Who has to go?

This week the NY Times released an article on the messy internal battle at ESPN that had “Rachel Nichols” as a top trending topic on Twitter. It was curious to see why the self-proclaimed ‘ally’ was being raked over the coals by the social media progressives. After reading the article and meta-analysis, I found the reaction to the Times’ story was emotional and void of nuance and context (people overreacting on Twitter? Shocking, I know). The Times disingenuously contrived Nichols’ comments as disparaging of Taylor with harsh racial overtones. This seemed ludicrous. In listening to teh recording, Rachel went out of her way on the private call to say Taylor was great and wished her all the success. The problem with Nichols’ comments is that it exposed her NIMBY mentality as it relates to her personal advocacy on racial equality – a common infliction among suburban white liberals. On the call she dragged ESPN for its apparent “crappy” record of diversity, but of course, it would be wrong to address this at her expense.

The NYT writer and fromer Deadspinner, Kevin Draper, also ignored a big piece of context that would have properly framed the conversation: Rachel didn’t lose being the host of NBA Countdown, she lost her ESPN project, ‘The Jump’, being the NBA Finals pre-game show. Rachel Nichols is the driving force behind ESPN’s first-ever daily NBA show, where she is both the star and producer. She leveraged the show’s critical and ratings success to contractually secure its brand(with her as host) as the lead in for all NBA games broadcast on ABC – which included The Finals. Maria Taylor had the job of hosting NBA Countdown, which covered all games broadcast on ESPN. The boundaries between them were cut-and-dried. And before the NBA shut down in March 2020, ‘The Jump’ was the NBA pre-game show for ABC’s Saturday night telecasts. It seems most of the world has forgotten about this, including the supposed “paper of record” which omitted this detail in its piece.

Now, the blow to Nichols that her project wasn’t going to be leading the most-watched NBA games of the year would have caused anyone with a shred of pride to say “WTF?”. Add that Nichols is a polished host with 20+ years of experience and industry accomplishments, she would have to have zero self-estem to believe this was a competency issue. Then layer on the conspicuous timing of Maria Taylor receiving the permanent role, which happened to coincide with the heights of the BLM movement when corporations were clambering to be perceived as diversity ‘allies’. ESPN was not immune to this movement –hell, it might have been in its corporate vanguard. So for Rachel to draw the conclusion that the decision was racially motivated was an elementary deduction. Anyone in her shoes – brown, white, Asian, Latino – would have rationalized the circumstances the same way. Yet, there was no shortage of social media trolls demanding the “racist” Nichols lose her job for sharing the observation in private.

Nichols’ response was table stakes for any ambitious person in a poorly managed company. She informally consulted a friendly PR advisor to devise a political strategy to reclaim the role that had been contractually hers. Given the corporate politics at ESPN were described as a ‘snake pit’, something that seems to be common knowledge in sports media, Nichols’ motives were circumspect rather than nefarious. Her comment was rotten for Taylor’s ears, but they weren’t directed at her or to devalue Taylor’s public reputation. Nichols was simply setting the table for the discussion with what she was dealing with. Interestingly enough, it turned out to be a short strategy session as the top PR advisor, Adam Mendelsohn (who is also taking a lot of heat), basically said she was in an unwinnable battle given the strength of the movement.

The charge of racism seems to be an intentional projection from the write and his source, who was looking to create leverage for Taylor’s new contract with ESPN. The New York Post recently reported Taylor was engaged in an acrimonious negotiation with the network over her expectation of Stephen A. Smith-level money (~$8M), while the WWL had dropped their inital offer from $5M/year to the $2M-3M range. With only 3 weeks left before her deal expired, her team threw a mongoose into the ESPN snake pit. It was a cunning and ruthless political move. Not only did it raise the racial implications over the executives heads, but it damages the value and image of her competition they could use as leverage against her.

In my view, the story is more about how nasty and toxic corporate politics at ESPN is when millions of dollars are at stake. Does either deserve sympathy? I have never worked in media, but it’s easy to understand that the egos are big and airtime is a zero-sum game. This particular mess reminds me of one of my favourite quotes from Game of Thrones: “When you play the game of thrones, you win or you die”. Rachel got caught privately (and perhaps illegally) portraying herself as a female victim of reverse discrimination, while Maria played the game by portraying herself publicly, in the most widely read newspaper, as a black female victim of racism at the hands of her rival. In the victimization hierarchy battle of 2021, its no contest. We just witnessed Rachel’s head roll at the steps of the Great Sept of Baelor, and I expect we’ll see Maria wearing a crown with an $8 million dollar price tag.